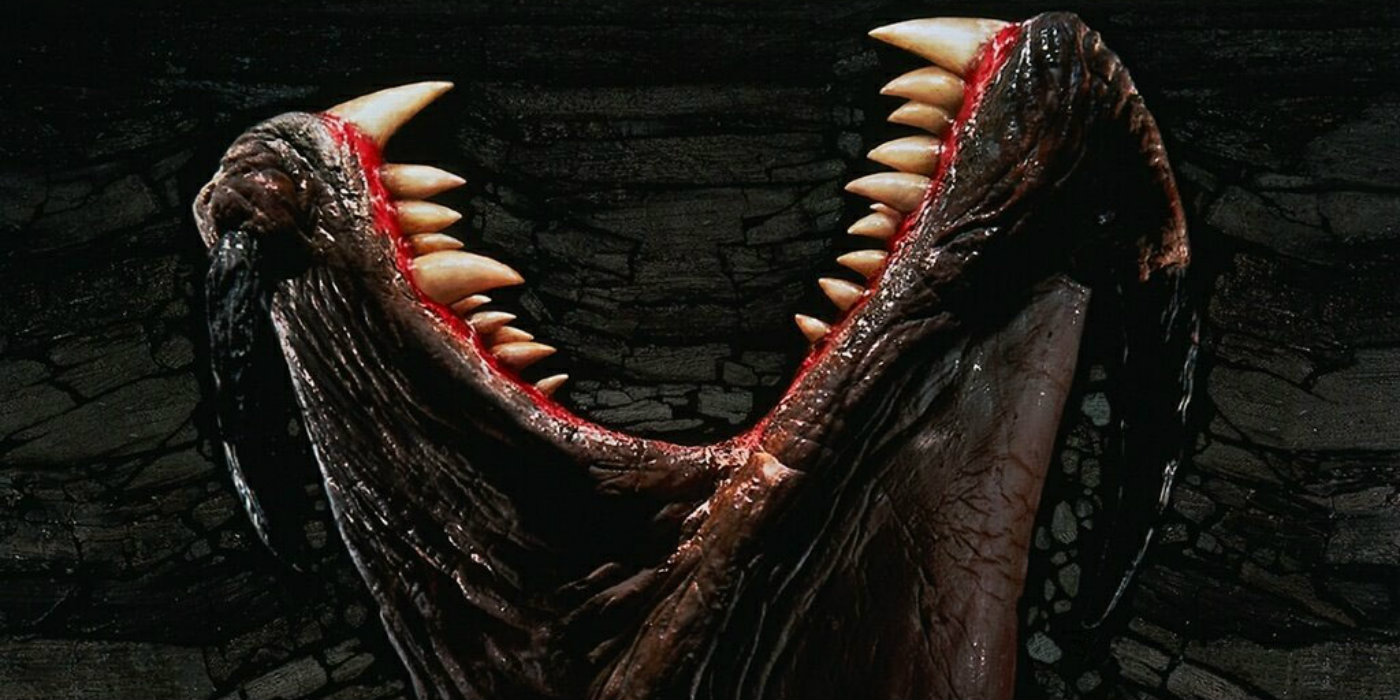 
A trailer has arrived for the unaired Tremors TV pilot. The original Tremors from 1990 starred Kevin Bacon and Fred Ward as two handymen who had to lead a group of survivors in a desert town to safety, following an attack by underground worms dubbed Graboids. While not a huge hit in cinemas, it soon became a cult classic thanks to video and DVD. Bacon opted out of Tremors 2 in 1996, with Ward and co-star Michael Gross returning to fight more Graboids in an oil field.

Four more straight to DVD sequels followed over the years, with the most recent – Tremors: A Cold Day In Hell – arriving this month. Gross’ Burt Gummer was promoted to lead character for those later sequels, and also headed the Sci-Fi Channel’s short-lived Tremors show in 2003. Fans of the series got very excited when it was announced Bacon was returning for a potential new Tremors TV series, but it was recently confirmed that despite a pilot being filmed, SYFY decided not to move ahead with a full series.

Now a trailer for the pilot has landed, giving a flavor of the show’s tone. It would have returned to the small desert town of Perfection, where Bacon’s Val was once seen as a hero following the events of the original but is now washed up and hoping for some kind of return to his glory days.

It appears the show would have ignored all the previous movies apart from the original, with the trailer implying the Graboids haven’t been seen since the first movie. Needless to say, the worms come back to cause hell, and Val has to save the town once again. The trailer nailed the franchise’s trademark blend of comedy and horror, and Bacon appears to have slipped right back into the skin of gormless hero Val McKee.

While it might still be possible another network could pick the pilot up and produce a Tremors series, the crew involved don’t seem hopeful about that chance. Vincenzo Natali – the director of the episode– recently stated he was ‘baffled‘ at SYFY’s decision not to produce a series, and doesn’t think the pilot will ever be made available.

It’s pretty heartbreaking for Tremors fans looking forward to Bacon’s return, and the trailer seems to confirm it would have been a lot of fun. In the meantime, Gross has confirmed discussions are being held about Tremors 7, which may see Burt fighting underwater Graboids this time around.